Laureth-23 is a synthetic ingredient used in many different cosmetic and skincare products to improve the texture and feel. Laureth-23 ingredients are produced by a process known as ethoxylation, a chemical reaction in which ethylene oxide is added to a substrate. In this case, the substrate is lauryl alcohol. Lauryl alcohol is extracted from lauric acid, a saturated fatty acid with a chain of 12 carbon atoms that can be found in palm kernel oil or coconut oil. The number associated with lauryl-23 indicates the average number of repeating ethylene oxide units in the molecule. As the value of the lauryl polyether component increases, the consistency or viscosity increases until it becomes a white waxy solid.

In cosmetics and skincare products, Laureth-23 functions as a surfactant and emulsifier. It can be found in bath, cleansing, hair, and sunscreen products. It is also used in cuticle softeners, deodorants, and moisturizing products. 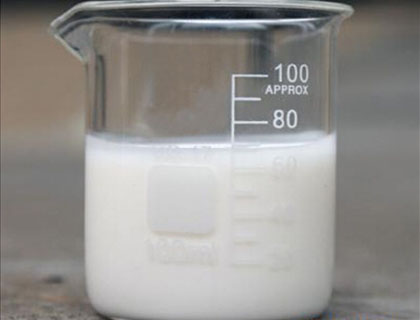 Lauryl alcohol-23 is a non-ionic surfactant prepared from lauryl alcohol and 23 moles of ethylene oxide. Lauryl alcohol-23 contains an average of 23 repeating ethylene oxide units. Small amounts of 1,4-dioxane, a by-product of ethoxylation, may be found in lauryl alcohol-23. The potential presence of this substance is well known and can be controlled by purification steps to remove it. This ingredient has been reviewed by the Cosmetic Ingredient Review Committee and has been declared safe for use below 6%.

As a surfactant, Laureth-23 acts by reducing the surface tension between two substances (e.g. two liquids or a liquid and a solid). One end of the surfactant molecule is hydrophilic or attracted to water and the other end is lipophilic or attracted to oil. This enables surfactants to attract and suspend oil, dirt, and other impurities that have accumulated on the skin and wash them off. Due to these properties, laureth-23 can be found in many different detergents and body washes. 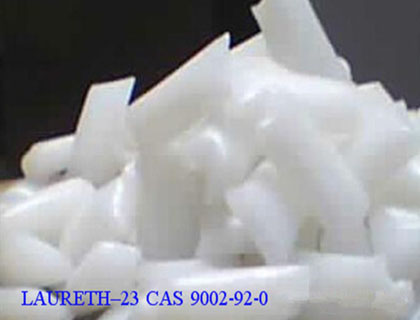 Emulsifiers are necessary when formulations contain both water and oil components. When water-based and oil-based components are mixed together, the two components often separate or split. To solve this problem, emulsifiers such as Laureth-23 can be added, which helps to produce a stable product.

The scientific data and conclusions assessed by this Cosmetic Ingredient Review Panel are that Laureth-23 is only safe when formulated for use in non-irritating cosmetic products. Laureth-23 was declared safe because it is used in concentrations up to 6%.

Although the CIR panel approved Laureth-23, there are concerns about the presence of ethylene oxide in this ingredient. This is because the ethoxylation process can lead to contamination with 1,4-dioxane, a potentially dangerous by-product. In fact, 1,4-dioxane is a known animal carcinogen that readily penetrates the skin. This ingredient has also been associated with skin irritation. However, manufacturing and purification processes and guidelines ensure the safety of ingredients produced by ethoxylation.

If you want to get more information about the Laureth-23, welcome to contact us today or request a quote.

Previous: How Are Reduced Susceptibility And Antiviral Resistance Detected?

Next: What is the Difference Between Hydrazine and Carbohydrazide?