Where Does Blue Food Dye Come From?

Look closely at the ingredients listed on the back of your M&Ms package and you're sure to see Blue No. 2 there. Those versed in the chemistry of colorants will realize that's the same chemical that's in your blue jeans: indigotin.

We now know that natural red dye comes from bugs, but what's the story behind all the blue food we put into our mouths?

The U.S. Food and Drug Administration (FDA) has approved seven artificial colorings for food, including two blues: Blue No. 1 and Blue No. 2—which are often combined in food products like M&Ms.

Blue No. 1 is called "brilliant blue" and, as is typical of modern dyes, was originally derived from coal tar, although most manufacturers now make it from an oil base. Blue No. 2, or "indigotin," on the other hand, is a synthetic version of the plant-based indigo that has a long history as a textile dye. 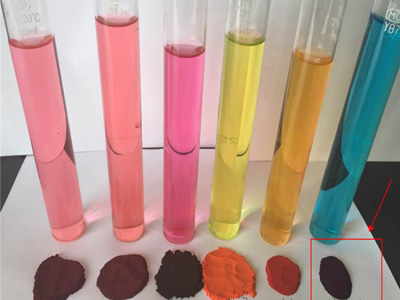 Although toxicology studies have demonstrated that both of these dyes are relatively safe, the Center for Science in the Public Interest (CSPI) and other advocacy organizations have long argued that these and other artificial colorings may be linked to attention deficit disorder (ADD). In September 2007, a study in the U.K. medical journal The Lancet came to a similar conclusion, leading the European Parliament last July to order such products to carry a label warning consumers of the potential risk.

Such concerns are behind the decision by the Nestlé–Rowntree candy company in England to pull its blue Smarties—an M&M look-alike—from shelves in 2005. In February 2008, the company brought them back, using spirulina, a bluish mixture of two species of cyanobacteria, in lieu of the chemicals.

Natural food coloring usually comes from vegetables and fruits, but true blue is more difficult to obtain than other colors. Researchers at the University of California, Davis (UC Davis), explain that the blue dyes people typically see in food are actually red or purple.

Researchers have discovered a new cyan blue color from red kale that creates a different opportunity. It could be a substitute for synthetic pigments such as bright blue FD&C Blue No. 1. cyan blue can also be mixed with other natural dyes to produce more vibrant color.

Previous: What Is Citral Used for?

Next: Benefits of Limonene