How Much Do You Know About Citral?

Citral is a colorless oily liquid with lemon aroma, easily oxidized to yellow in air; density 0.8888 g/cm3 (20°C), boiling point 229°C; can be separated by crystalline sodium bisulfite adducts or obtained from the oxidation of geraniol. Citral b (also known as nerolides) has a boiling point of 120°C (20 mmHg) and a density of 0.8869 g/cm3 (20°C); it can be obtained from the oxidation of nerolides alcohol. Citral a is oxidized with ammoniacal silver oxide to obtain geranylic acid.

There are three methods for the industrial production of citral.

(2) from industrial geraniol (and nerolidol) obtained by gas phase dehydrogenation under reduced pressure with a copper catalyst.

(3) from dehydrolinalool synthesized in the presence of vanadium catalyst, which can be obtained from the synthesis of methylheptenone with acetylene.

Citral can be used in the manufacture of citrus flavored food flavor, because of easy oxidation and polymerization of discoloration, only used in neutral media; also used in the synthesis of isohumenthol, hydroxycitronellal and vitamin A raw material violetone. 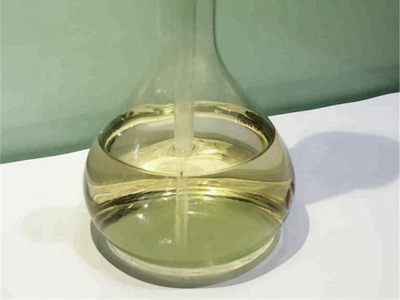 It is extracted from sorrel oil (the fruit of sorrel can be obtained from 3% to 5% of essential oil by hydrodistillation) by reduced pressure distillation or chemical method.

Mainly used in the synthesis of violet ketone, dihydrodamascenone and other fragrances; as organic raw materials can be reduced to citronellol, nerolidol and geraniol; can also be converted into citronitrile. It is used in the pharmaceutical industry to manufacture vitamins A and E, etc.

Next: What Is Coumarin Used For?