What Is N-Formylmorpholine Used for?

For example, ethyl lactate is a green solvent derived from the processing of maize. Ethyl lactate is an ester of lactic acid. Lactic acid ester solvents are commonly used in the paint and coatings industry and offer many attractive advantages, including being 100% biodegradable, easy to recycle, non-corrosive, non-carcinogenic and non-ozone depleting. Ethyl lactate is a particularly attractive solvent for the coatings industry due to its high solvency power, high boiling point, low vapour pressure and low surface tension.

It is ideal for coatings on wood, polystyrene and metal and is also a very effective paint stripper and graffiti remover. Ethyl lactate replaces solvents such as toluene, acetone and xylene, making the workplace safer. Other applications for ethyl lactate include being an excellent cleaner for the polyurethane industry. The high solvency capacity of ethyl lactate means that it can dissolve a wide range of polyurethane resins. The excellent cleaning ability of ethyl lactate also means that it can be used to clean a wide range of metal surfaces, effectively removing grease, oil, adhesives and solid fuels. The use of ethyl lactate is valuable as it eliminates the use of chlorinated solvents. 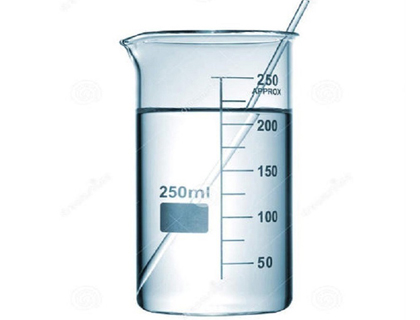 N-Formylmorpholine is the organic compound with the formula O(C2H4)2NCHO. It is the formamide of morpholine (O(C2H4)2NH). A colorless compound, it is a useful high temperature solvent akin to dimethylformamide. It has been used as a formylating agent.

Recently, N-formylmorpholine has been used as the solvent in aromatic extraction, extractive distillation, etc., and the production and application of it were described. At present, the methods of synthesizing N-formylmorpholine are formic acid method, methyl formate method, carboxide acidylation method, etc. The best one among these is the formic acid method, which has prospective future of application. It is applied in the fields of aromatics recovery, butylene purification and natural gas desulfurization, etc., and has potential market.

It is a good nonprotonic solvent with high solubility and selectivity for aromatic hydrocarbons.

Its mixtures have been successfully used in aromatic extraction and butylene concentration processes.

As a more environmentally friendly solvent, ionic liquids are also being investigated as eco-friendly reagents that can replace common solvents such as toluene, which usually acts as a porogenic solvent in molecular blotting.

During the imprinting process, the solvent remains trapped in the MIP solids after polymerisation (a common situation in native polymerisation) and evaporates during the drying process (usually at 70 °C), leading to atmospheric pollution. This is a serious situation in suspension and precipitation polymerisation, as the MIP particles remain suspended in excess solvent.

These solvents are then filtered and discarded. The potential of ionic liquids as a green alternative to organic solvents has been examined. The greenness of ionic liquids lies in their negligible vapour pressure compared to the volatile organic solvents commonly used in organic synthesis. In this respect, ionic liquids do not evaporate and can be easily recovered and recycled. They also have the advantage of being able to adjust properties such as water solubility, viscosity, density and melting point to suit their intended use.

Next: What Are Surfactants?